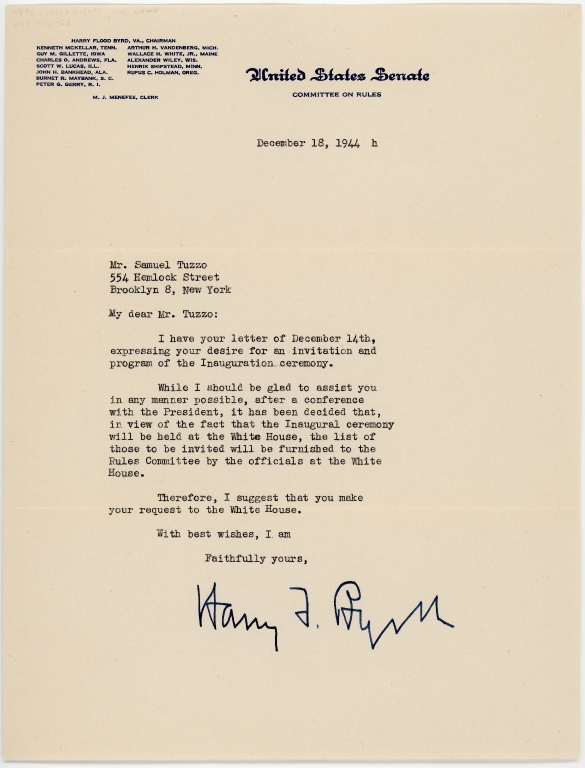 Letter from Harry F. Byrd to Samuel Tuzzo, a resident of Brooklyn, NY, written on December 18, 1944. In the letter, Byrd apologizes to Tuzzo for being unable to acquire an invitiation and program to President Franklin Delano Roosevelt's upcoming fourth inauguration, and suggests he write directly to the White House to obtain them. The envelope is included.