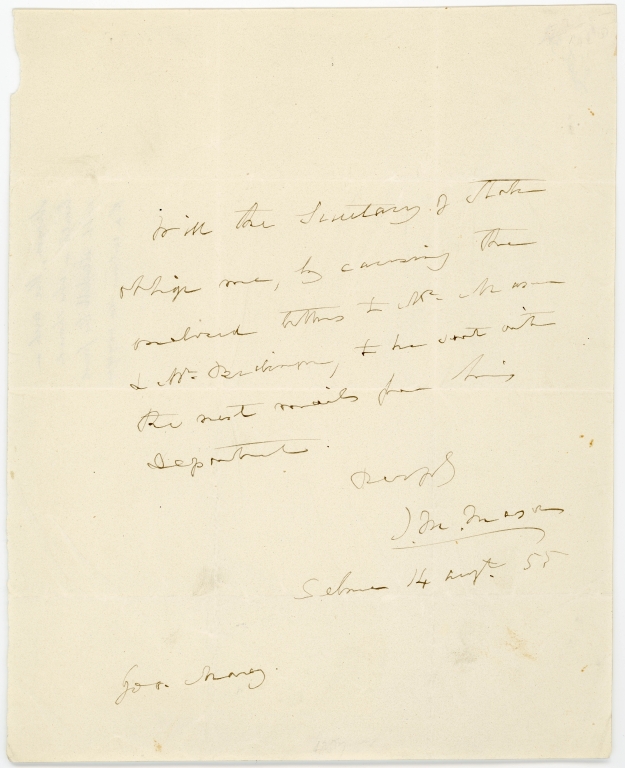 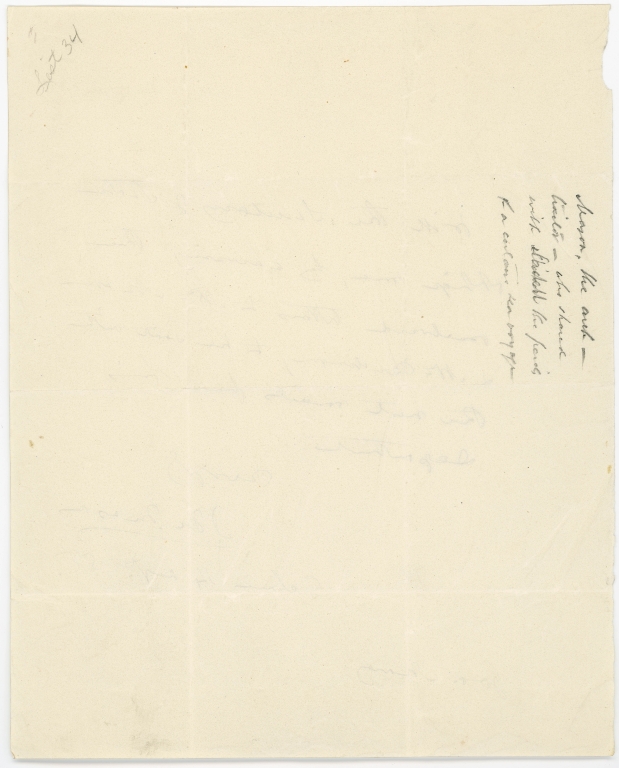 Letter from Senator James M. Mason, likely to U.S. Secretary of State William Marcy, written August 14, 1855. The bulk of the letter reads as follows: "Will the Secretary of State oblige me, by causing the [illegible] letters to Mr. Mason [ampersand] Mr. Buchanan, to be sent with next mails for his departure."