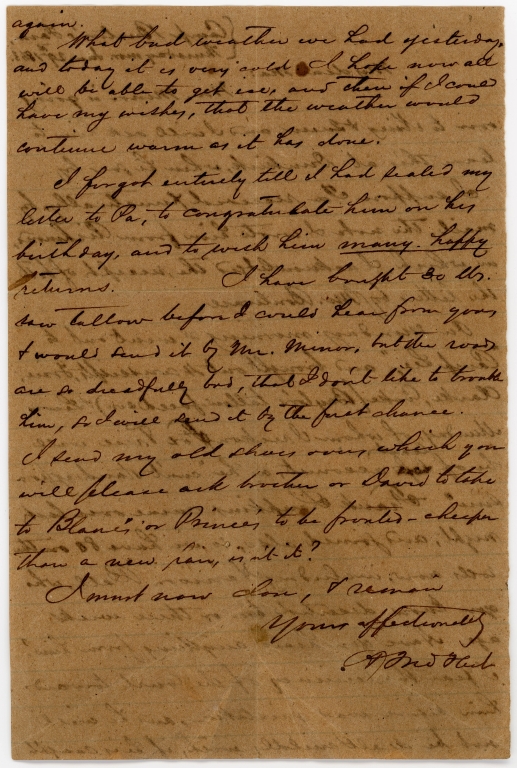 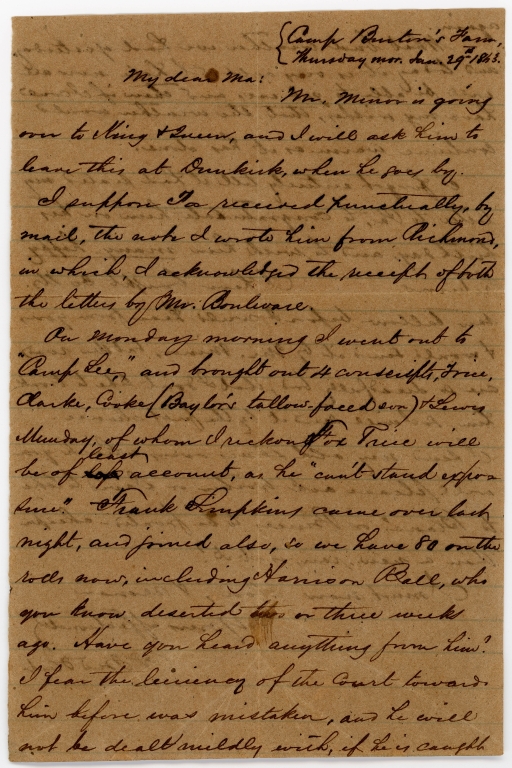 A single signed letter from an unknown Confederate soldier written on January 29, 1863. The location is listed as "Camp Burton's Farm," which probably refers to an area controlled by the Confederates during the U.S. Civil War. The author also mentions being formerly stationed at Camp Lee. In the letter, the soldier tells his "ma" about camp life, the poor winter weather, and sends birthday wishes home to his "pa," which he had forgotten to send in his last letter.