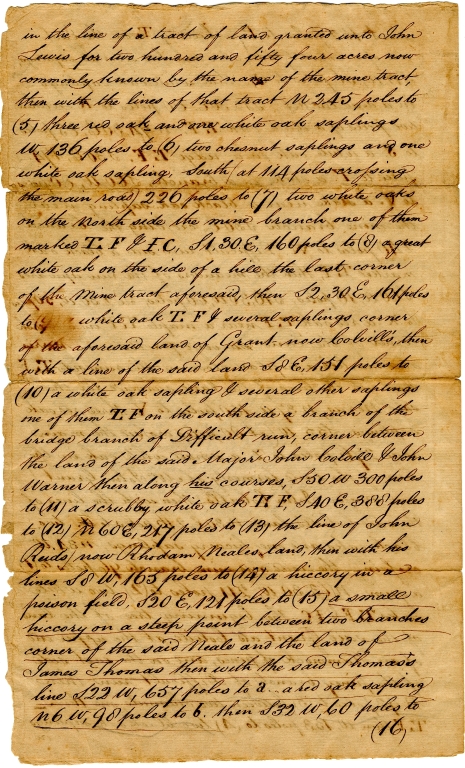 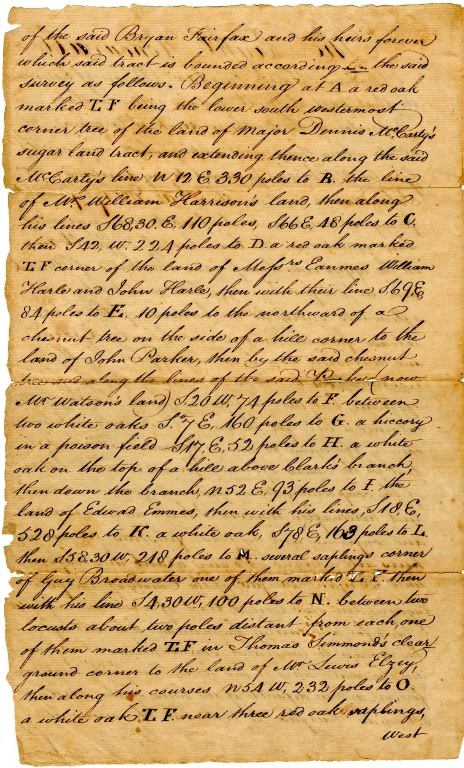 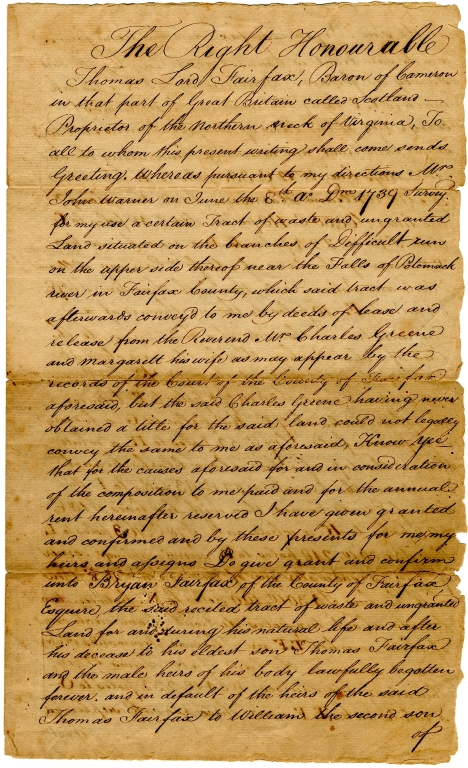 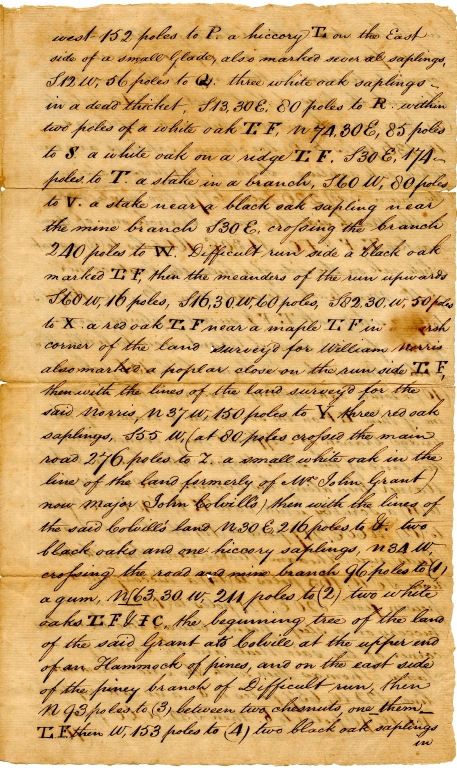 A land survey performed on behalf of Lord Thomas Fairfax and written on June 8, 1739 by King George's County surveyor John Warner, likely as a part of the "battle of the maps," which was an effort made by Lord Fairfax and other local Virginia families to lay official claim to parts of the Northern Neck of Virginia. Fairfax succeeded in 1745, thanks to Warner's surveys conducted at the behest of London's Privy Council.